There’s nothing really profound in this one - I’m just continuing to search for visual ways to describe functions.

This book is for folks new to Swift and so I gently start with the classic Hello World function. I’ve implemented it as “Hi World” because it fits better in comic form.

I know that this daring decision might throw you but it really isn’t to challenge years of tradition so much as to fit in large font in small rectangles.

Although this is a good and quick example in Xcode playgrounds, Swift playgrounds does not have a console which drives us to quickly include a function that returns a String rather than print it to the console.

By the way, if you haven’t been keeping up with Swift, this might look funny as we don’t need to include the return in a function with only a single expression. In other words we don’t need the following

“But Daniel,” you say, “it looks funny without the return.”

At first it does. Just as it looked funny, for those of us coming from Objective-C to see the return type at the end of the function signature or to not have semicolons at the end of a line.

It will grow on you.

In fact, you’ll wonder why return isn’t just assumed for the last expression of a function that is supposed to return something no matter how many lines it is.

i.e. it feels silly that this is fine:

but this doesn’t compile

Anyway, back to the point. We really want functions that take input and produce output. That is the final form of this silly example.

Here it is in comic form. 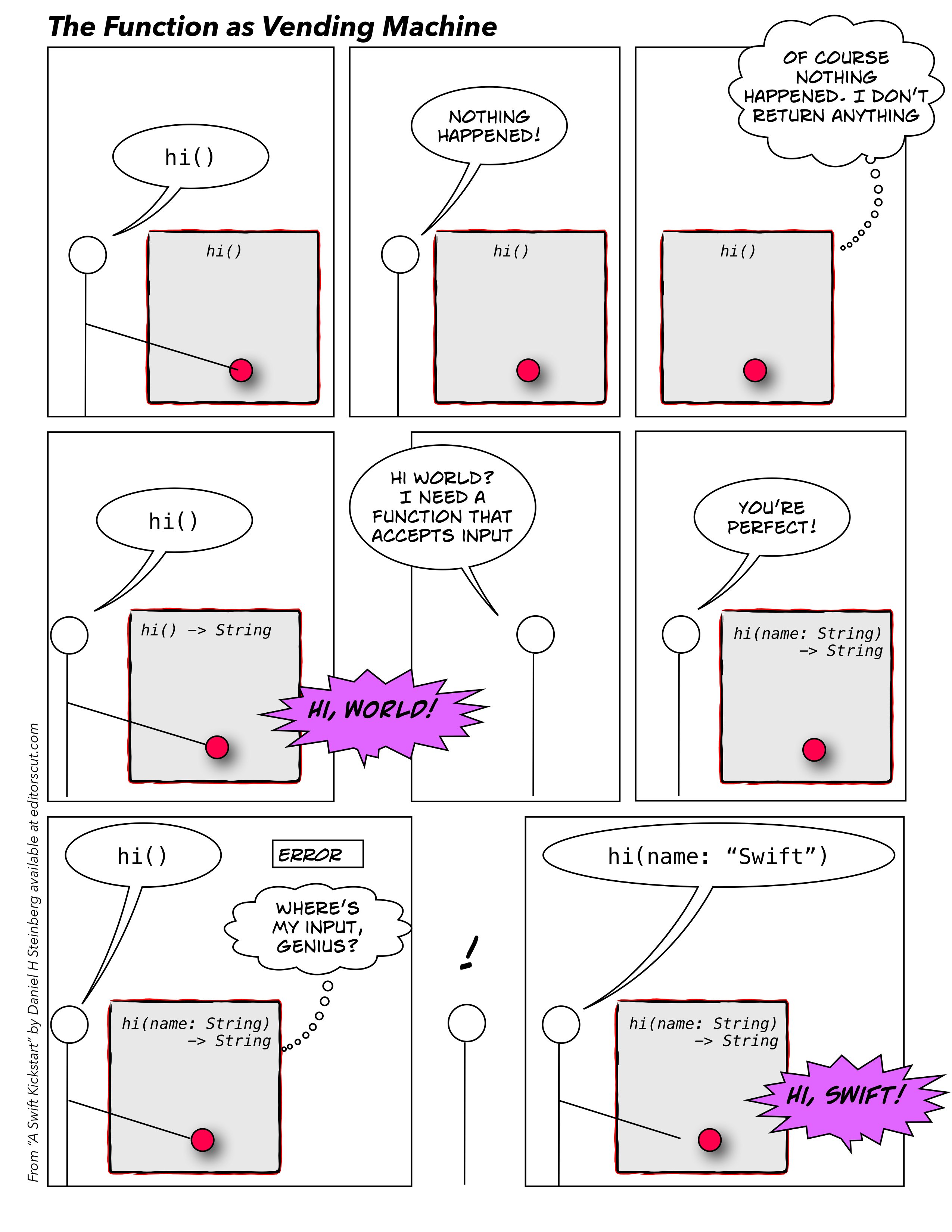 As always, let me know what you think.