I had one of those moments last week.

One of those “how did I never see this before” moments.

Although I have a suspicion based on a talk I gave a couple of years ago at NSSpain that it was more of a “I understood this at one time, how did I forget it” moments.

Anyway, I’d reread a part of Paul Chiusano and Runar Bjarnason’s book Functional Programming in Scala. I like and recommend this book even for those of us who don’t code in Scala.

I was implementing an example of a Parser in Swift. Something like this:

Later they are looking at Parser combinators and I translated it to Swift as something like the above.

In fact for Random Number Generators we defined a type named RNG and created our Random number generator that returned As as being a typealias Random&lt;A&gt; = State&lt;RNG, A&gt;.

So Parser could be seen as essentially typealias Parser&lt;A&gt; = State&lt;Substring, A&gt; where we replace run with parse.

All of a sudden Parser Combinators felt more like something that belonged to a family and not some new concept.

So that’s why we struggle with these abstractions - at some point we look at a new concept and say, “wait, that looks just like this other thing.”

This month’s comic is not very visual. Just the “mind-blown” emoji because I couldn’t find the “repeatedly smacking myself in the head for not seeing it sooner” emoji. 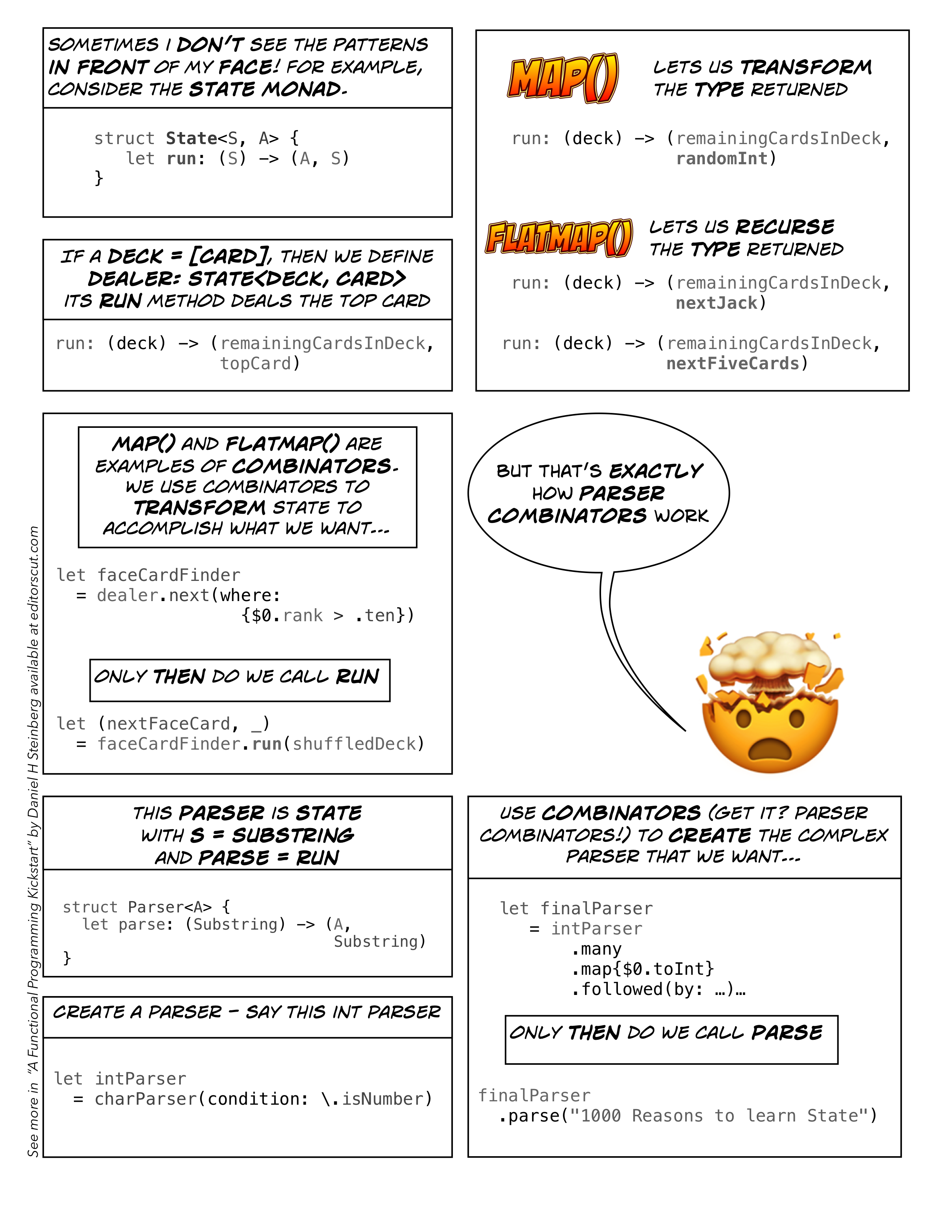 I love that our understanding of these notions deepens over time.