This month I’m inviting you to play along.

I’ve been working on a book about functional programming in Swift. To me that means “and methods too” but I’ve found that’s not obvious.

So in this brief post I want to look at methods vs functions both in who they are and in how we talk to them.

I know the classic image for a function but I’m not sure how to represent a method - particularly when it’s time to chain the methods. Your challenge is included at the end of this post.

Suppose I have a simple function that takes a String and returns an Int.

Generally, we use a “function machine” to represent this. I used to teach High School Mathematics, and this is what we drew on the board to represent functions.

Yes. Search the internet for “blackboard” and “chalk” or ask an older person. 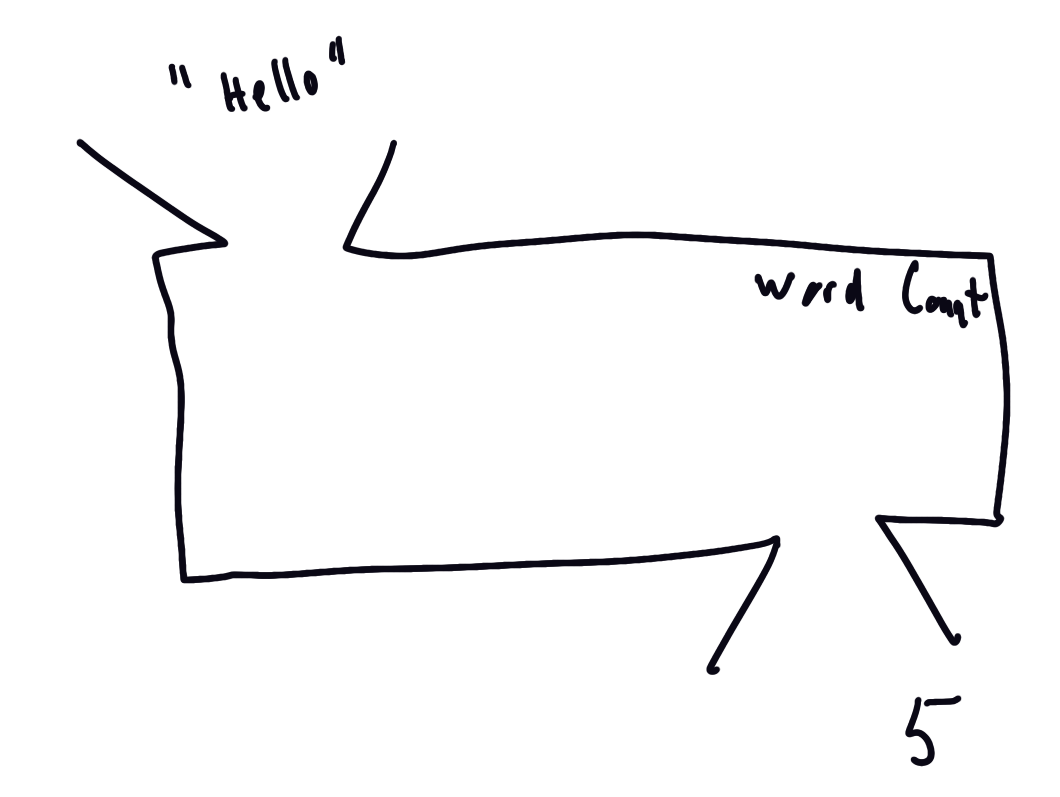 Let’s represent composition next. wordCount() was a function (String) -> Int so the next function must take an Int.

As a silly example, suppose, because I live in the US, I want to convert my wordCount() result from Celsius to Fahrenheit. The conversion from C -> F is given by

So to calculate my word count in Fahrenheit, we have to compose these functions

This works nicely in an image. 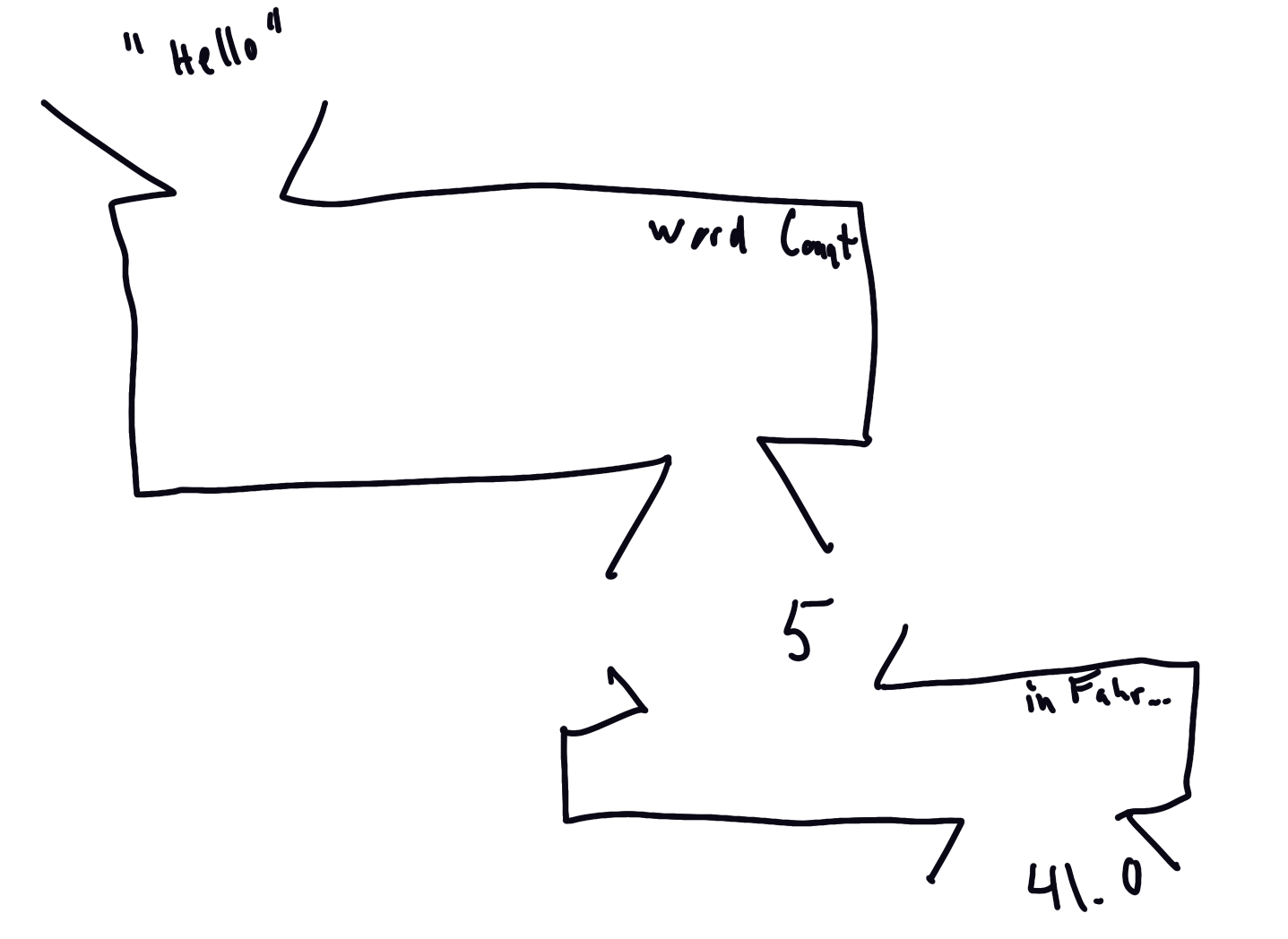 For example, here’s a function that increases an Int by another Int amount. We could call it add(), I’ll leave it like this

I’m less interested in the implementation than I am with the picture. But first let’s call the function.

And here’s how we compose it with wordCount()

The code is now harder to parse but the image still isn’t so bad. 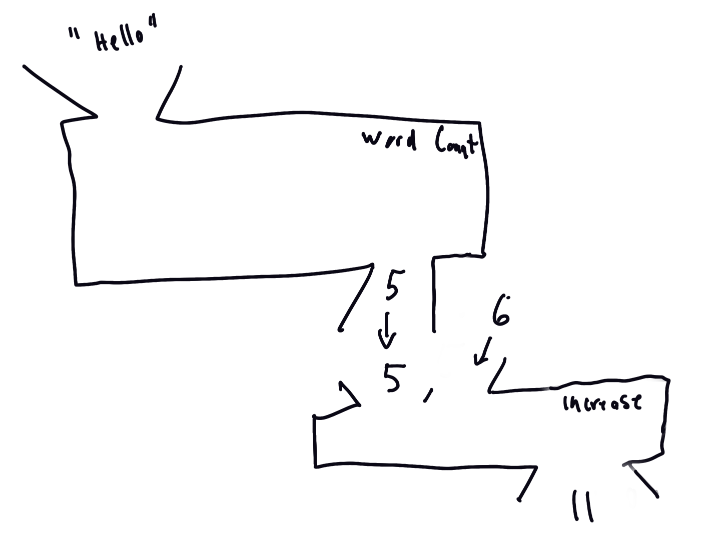 The code is cleaner and the methods are more discoverable if we use methods instead of functions.

Add wordCount() as a method in an extension to String.

The argument of the function moves out front as the receiver of the message.

I know that “receiver” is very Objective-C of me but it feels more natural for me to think of it that way then the more formal “instance on which the method is called”.

Similarly, we can define our other two functions as methods in an extension of Int.

Notice in this implementation that one of function’s parameters has come inside our method as self.

In other words if we use a function not a method then we have to explicitly pass the information contained in self in the method to the function.

So here’s your challenge.

It is easy to chain methods in code than to compose functions (we’re not using custom operators here).

How should we represent methods and method chaining pictorially? We could just use the function diagrams and include the implied self but that doesn’t feel satisfying.

If you have an idea, please tweet with hashtag #drawingYOCmethods in the next couple of weeks.